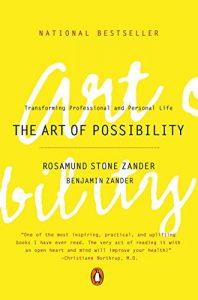 Systems Thinking offers simplicity, and therefore the possibility for agility both in the development and the implementation of strategies. Looking at an organization as a group of systems within a series of external systems is clearly a good start for creating agile strategies.

Further, applying a practiced evaluation of the organization by identifying INPUTS-THROUGHPUTS-OUTPUTS with a FEEDBACK LOOP, we can speed up the process of strategy development, and the creation of specific actions to implement the strategies.

Developing strategies and implementing them has been a focus of businesses for many decades and improving the processes is an ongoing conversation. In recent years, applying Agile concepts and techniques is getting more and more attention. It has even been questioned as to whether applying Agile techniques is even worthwhile. This has even been discussed on forums on startups with divergent conclusions on how effective this might be.

Using Agile techniques means that those strategies are more likely to be able to be adjusted quickly and effectively through their implementation. Systems Thinking brings a simple, reliable and repeatable rigor to strategy creation and implementation thereby offering a higher level of agility, admittedly a desirable attribute for reaching an organization’s desired outcomes more quickly and completely.

If Agility means getting things done faster, being more flexible in adjusting to changes, then Systems Thinking can help make these things occur. “Begin with the end in mind” as Stephen Covey said, is one key element both in Systems Thinking and in ensuring we are more easily able to keep focused on the long term while we adjust to the short term. This simple concept makes a huge difference to ensure we actually reach our objectives.

Fleshing out how Systems Thinking increases an organization’s strategic agility, we can consider the external environment, a natural factor in any system. The value of conducting a rigorous scan of the FUTURE environment of the organization lies largely in the relatively quick and easy identification of Opportunities and Threats. This effort results in intelligence that greatly enhances an organizations anticipation of what to capitalize on and what to prepare to overcome. Being more prepared certainly improves the organization’s Agility.

Managing the structures and processes created by the strategic initiatives is a challenge that grows in correlation to the size of the organization. Larger firms will naturally seek software to help with this and there are some out there.

Another tool we use for implementing and managing strategic initiatives is the Agile Strategy Manager SaaS at https://www.agilestrategymanager.com/strategy-framework.html .

The growing popularity in Lean Agile techniques compel us to reassess how we can use the various tools presented by these relatively recent additions to our “management toolboxes.”

In today’s world of nearly “instant” everything, we tend to drive decisions based on “gut feelings”, or simply in reaction to requests or directives. Too often we are forced to do this due to external forces we don’t control, regardless of the impact those decisions may have.

This approach can derail our intentions to reach longer-term strategic objectives.

Both of these processes utilize the collaboration of cross-functional groups in achieving their respective goals.

It is valuable to note that ensuring the right type of “thinking” needs to be practiced throughout the framework model, and that means using “Systems Thinking”.  This “systemic”, or “holistic”, approach to applying this framework is part of the “secret sauce” to being effective and successful in reaching your strategic objectives.

If the term “Systems Thinking” sounds new to you, be assured it is not. Peter Drucker’s mentors in Vienna, Austria are considered to have shepherded Systems Thinking from the physical sciences into business management. Drucker then refined and articulated its applications. Many of the greatest organizations and businesses of today have been practicing Systems Thinking and teaching it for decades. For a brief overview, click here for an article about it.

Both the “Sprint Decisions” and “Group Retrospectives” outlined by ASM.com can benefit from the organization and facilitation techniques drawn from General Electric’s “Work Out” concepts. Whether teams are working on problems in design, process, operational, behavioral or cultural issues, their solutions will be more clearly articulated, more effectively measured and adjusted to with greater agility.

By working out issues in the collaborative, cross-functional teams, both deep dive activities and small bets can produce solutions that are better aligned with longer term objectives and create greater value for the customer and the business.

A lean agile techniques we use is what we call “Sprint Workouts.” These cross-functional team meetings are half to one or two full days in length. The meetings are focused on specific outcomes and support at least one strategic initiative whose results can be measured and communicated quickly and effectively. The stakeholders are clearly identified prior to the meeting and informed of the intent of the Sprint Workout. This produces buy-in and stay-in for quick solutions.

Creating and managing change is in the pressure cooker! The 2001 introduction of the “Agile Manifesto” by a consortium of thought leaders of the software development industry has now spilled over into nearly, if not all, aspects of managing organizations of all types. This includes strategic planning.

First and foremost, let us accept that Strategic Planning is necessary and requires time, diligence and innovation. Nevertheless, there are tools you can use to make strategic planning agile, speeding up the planning process and achieving the same, and often better, results. Agile is one of those.

Here are three ways you can make Strategic Planning agile

Use a proven framework for planning. It helps drive the use of a common language for communicating, following, measuring and managing plans throughout the organization. Applying Systems Thinking also ensures the outcomes you identify are creating value for your customer. And don’t forget the importance of providing your people with the best tools available to track and report progress. This also helps to make your strategic planning agile.

Practicing “Agile” techniques, beginning with the Strategic Planning process, will permeate the Strategic Management process. Your organization’s various teams will implement the broader strategic initiatives and their respective tactical tasks. Keeping those tasks aligned with the organization’s strategic initiatives will help the teams adjust and innovate in a much more “Agile” manner.

Celebrating your and your people’s successes will be so much more impactful when everyone realizes that being AGILE and COMPREHENSIVE are not mutually exclusive endeavors.